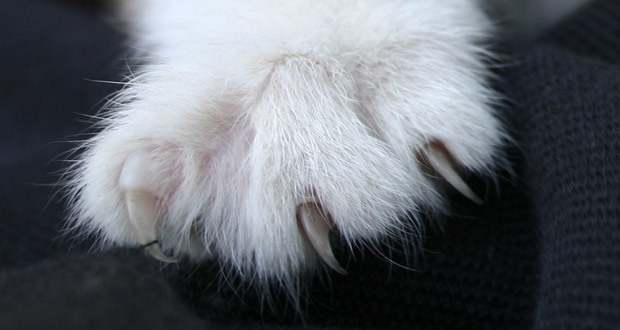 The declawing of cats, or onychectomy, is the process of nail removal that amputates a cat’s third and final toe bones. Usually this procedure involves only the front paws, but can include the back at times. There are very few medical conditions that can be helped by declawing your cat, but it can be beneficial to behavioral problems such as furniture scratching. Very rarely, declawing is shown to be necessary to treat infections and cancerous growths. The humaneness of onychectomy have been hotly debated for years. In this article we will attempt to shed some light on the pros and cons of this procedure.

First we will discuss the pros, not to promote declawing, but it may save lives. Most of the time the choice for people comes down to declawing a cat or having it euthanized, or taking it to a shelter where it will probably eventually end up being put down. The American Veterinary Medical Association feels that declawing should be used as a last resort. Their official policies on declawing state that having it done may be justifiable if a cat cannot control itself and refrain from using its claws in a manner that is destructive. If you try to teach your cat not to use their claws with behavior modifications, nail clipping and scratch posts, then some people think that declawing is their only option. When you have tried everything else, most veterinarians will say optimal thing to do is to declaw, especially if the alternative is euthanasia.

Most of the time, when this procedure is being performed due to behavioral concerns, veterinarians will often combine this procedure with sterilizing or neutering the cat. The reason for that is it is one less time that they will have to use anesthesia which can have its own complications. Laser declawing surgical procedures can greatly reduce the discomfort that is often associated with the scalpel and guillotine procedures.

As to the cons of an onychectomy, the first on is that most people don’t realize what they are doing to their cat. They think of it as trimming their own nails, painless and of no consequence. That is not the case however, when you declaw your cat you are cutting off the third phalanx at the knuckle, this is tantamount to cutting off your fingertips.

Pain is a given, but the bones that are left after a cat has been declawed can stick into their paws and this can cause them to be in pain all the time as well as leading to infections. They may also become more prone to arthritis, since the tendons are cut in declawing and they have to then readjust.

Claws are essential to cats

Pet owners considering declawing or euthanasia, need to realize that there are very few reasons to declaw a cat. Cats scratch things to maintain their nails, to mark their territory and to maintain their muscle tone. If you offer your cat proper scratching post made with sisal rope or bark, then you can render declawing unnecessary. Even a cat that has no claws will go through the motions of scratching, since this is their primary source of protection, cats may resort to biting instead.

So the question is, do you believe declawing is a lifesaving surgery or just an unnecessary mutilation? There doesn’t really seem to be an easy answer. Cats are routinely brought in to be declawed, but these cats may be more likely to develop medical conditions, start biting or exhibit litter box aversion. Declawing has detractors and supporters, but most experts will agree that behavior modification and nail trimming offer the best solutions, and that onychectomy should be a last resort. 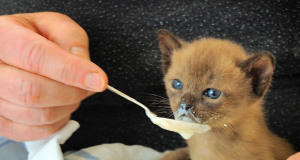 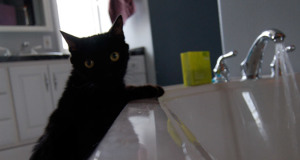