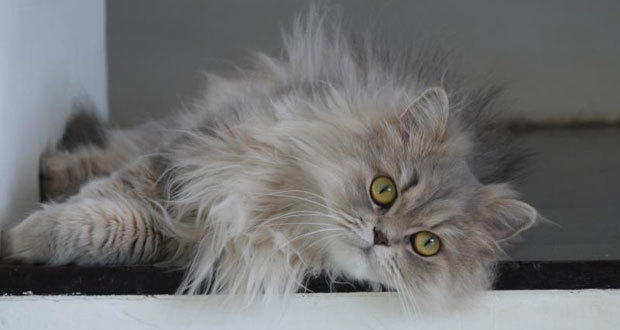 Persians derived their name from Persia, where they are thought to have come from originally – almost 400 years ago. They first became a popular pet in Victorian age Brittain, as they were a desirable pet to showcase at tea time to friends. The first cat shows to showcase Persians were also in Britain. These cats have been bred specifically to feature rounded, short heads, with snub noses, fat cheeks and a short body. However, »show« cats of this breed have been engineered to greatly exaggerate these features, traditional Persians are more alike aesthetically to earlier breeds. Both the traditional and show Persians have the same docile personality. The Persian is the most recognized cat for the Cat Fanciers Association. The Persian breed is usually a medium to large sized cat, it’s body is well balanced and it usually has a happy looking expression. It’s head appears oversized and is round, it features a short tail and small ears. The Persians were first bred to have a short muzzle, over time and especially in the United States this has become grossly exaggerated. Persians with this overstated feature are highly susceptible to health issues because of it, notably breathing and sinus problems. They may have dust and debris that build up inside of their noses, making it very hard for them to breathe properly.

Persians are available in myriad colors, with silver being the most popular at this time. They are much adored for their long shimmering coat with its silky feel.

Persians are often called “furniture with fur”, due to their tendency to lie still for hours on end. This is not a well deserved description though, since Persians are a highly intelligent breed and are ready and willing to play. This breed simply lacks the same level of curiosity that afflicts other breeds.

These cats will not bother you, they don’t whine for attention, though they are very affectionate and love to be petted. They make for great companions if you don’t want a high maintenance cat as they are very docile. All cats can have health issues, Persians are certainly no different on that score. Polycystic kidney disease can strike these cats around 7-10 years of age. This disease affects the kidneys and can eventually cause total kidney failure. Most breeders are trying to ensure their breeding programs are free from the genetic markers for this debilitating disease. The breeders should be able to show conclusive proof that the parents are cyst free via ultrasounds.

Persians are prone to a hereditary type of progressive retinal atrophy that can render them totally blind by the time they are a mere fifteen weeks old. PRA has been shown to be a possibility in all Persian breeds, and there is a current study being conducted to see if they can find out what gene it is that causes this disease and isolate it. Since Persians are widely used to breed other kinds of cats with, this disease can spread to other breeds.

The Persian breed needs to be healthy and active, they need to have the ability to breathe in a normal way and have normal tear production. Persians that do not have breathing problems are still heat sensitive and they need to be protected from the elements. An air conditioned residence is best. Many airlines will not allow them to be transported in a plane’s cargo bay, because they tend to go into respiratory arrest and sometimes even die under stressful conditions.

There is no doubt about it, these cats are high maintenance when it comes to grooming. Their lustrously long coats must have daily grooming to prevent matting. Mats can be painful for these cats, so spending time grooming is very important. Bathing is recommended weekly, and you can use a low heat blow dry setting and a brush to groom them. 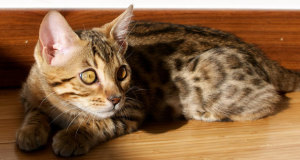