Why Do Cats Purr

A sweetly purring kitten may seem to us the epitome of a satisfied feline. However, there is much more to a cat’s purr than that. How does a cat purr? Many have weighed in on this subject and it seems to be the general consensus that it begins in the brain.

In your cat’s brain, there is a rhythmic neural oscillator that operates on repeat, which sends a message down to your cat’s laryngeal muscle making them twitch. This causes them to vibrate between 30 and 150 vibrations a second. When this occurs, there is a separation of the vocal cords when inhaling and exhaling causing the feline vibrato.

Purring could have several meanings

Lions roar, because it serves an evolutionary purpose, but if that is the case then why do cats purr? We; as humans, have often thought that purring was simply a signal of pleasure from your cat, a contentment with their lot in life. Though contentment does seem to cause cats to purr, they also purr when they are being threatened or if something frightens them. People smile when they are nervous, happy, or when they get something they desire, cats appear to be the same though that is largely a mere speculation.

If you own a cat, you know that when they want something, you will know beyond a doubt, and they will not stop pestering you until they get what they are after. Cats will add an additional vocalization to their purr in order to elicit the desired response from humans, whether it is to fix them food or give them attention. Added to their usual 25Hz purr, they will utilize a very high frequency meow to get you to move quicker, they learn to do this very early as it tends to be somewhat annoying to the human ear and gets their goals accomplished faster.

Watch this kitten purr and meow:


A purr can be cats’ call to help

The solicitation purr develops often in less active homes where cats have a one on one relationship with their owners and their »cry« is less likely to become overlooked. People with cats perceive this special type of purr as an urgent matter to be attended to and a less than pleasant experience to let continue without resolving.  Cats seem to purr for many reasons, it is their most important and most utilized means of expressing themselves. They will purr when they are happy of course, but they will also do so when in pain – when they give birth and even when they are dying. Kittens begin to purr soon after they are born. There must be a reason for all of this purring, especially when the cat is injured or requires some form of attention. It appears to give them an advantage for survival.

Purring as a stress relief even for humans

Cat’s purring is thought to offer them a kind of comfort, when they are stressed they have a built in calming mechanism. The specific vibration pattern and speed is also used to promote healing in humans, and is believed to accomplish the same benefit among felines. Cats use their purr to get things they need like food and water, to solicit affection and even to ask for help.

Listen cats’ soothing purring as a stress relief or for sleeping:


Cats have handily won the race for the pet that resides in most homes, in over sixty percent of homes that have at least one pet, there is a cat in residence. Maybe that is because we get as much stress relief from them, as they receive care and sustenance from us. When we care for them, pet them, and handle their health issues, we get the reward of a contented purr. Cats purring reinforces our feelings of peacefulness and calm, whether it is correct or not we take it as a positive sign.  And that’s a pretty sweet deal for a simple stroke of a feline’s fur.

Why Do Cats Eat Grass 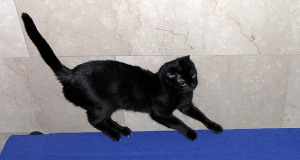 How to Stop Cats from Scratching Furniture

Cats and Dogs Living Together